You are here: Home / Chicago / Congratulations to Jason Bolanz on 2nd level Technician!

Congratulations to Jason Bolanz on successfully passing his 2nd level Technician examination, and on being conferred the title of Sifu.

Sifu Jason began studying Chinese Kung Fu over ten years ago, while a student at Texas Tech University, and has been strictly focusing on wingtsun kung fu for the last six years. He became a student of Master William Parker in February of 2008. 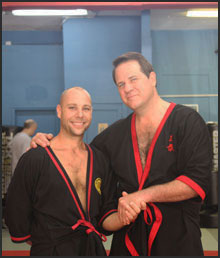 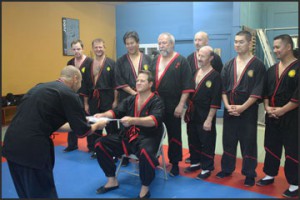 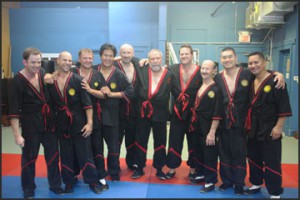 Jason, aka “JB” is a hard working student/instructor who commutes monthly from Dallas, Texas to participate in classes and take private instruction from his Sifu, Master William Parker.  He has been running a Leung Ting WingTsun® school in Dallas since January 2009.

“Thanks to Sifu Parker’s guidance and teaching, I am experiencing REAL kung fu. I feel privileged to learn such a complete system and am honored to represent Grandmaster Leung Ting’s WingTsun Kung Fu in my hometown.”